Our roots run deep. We have been providing electricity to the people of our province for over 130 years. The electric light business in Newfoundland and Labrador began just six years after Thomas Edison invented the light bulb in 1879.
St. John’s Electric Light Company was established in 1885. Through a series of operational expansions, purchases and amalgamations the business grew to become what we now call Newfoundland Power Inc.

Collapse All Expand All 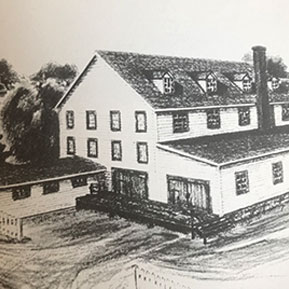 With financial backing from local businessmen, the
St. John’s Electric Light Company was formed in May 1885. It used a warehouse on Flavin’s Lane belonging to the Terra Nova Biscuit Manufacturing Company to install generating power and store electric supplies. In the first year, it had convinced government as well as private business to use electricity for their lighting needs over gas. 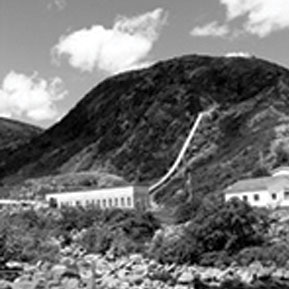 The Petty Harbour Hydroelectric Plant was completed in 1900 by the St. John’s Street Railway Company, established by Robert Reid and sons. Construction employed up to 200 people and was one of the largest economic developments of its time. The plant provided enough electricity to power the street car system, and the needs of all residential and business customers in St. John’s.


The Petty Harbour Hydroelectric Plant continues to operate today and is a member of the Hydro Hall of Fame as the first hydroelectric plant in the province.

1902: Power expands across the Avalon

By the turn of the century, electrification was happening outside of St. John's. The United Towns Electrical Company Ltd., established in 1902, constructed its first hydroelectric generating plant in the community of Victoria. This company would continue to grow and provide power to the Avalon Peninsula outside of St. John’s and Bell Island, as well as the Burin and Port au Port Peninsulas.

The Victoria Hydroelectric Plant was inducted into the Hydro Hall of Fame in 2017.

The Union Electric Light and Power Company Inc. was incorporated in 1916 and was owned by the Fisherman’s Protective Union. Driven by the need to power its first development, the Port Union Hydroelectric Plant was completed in 1917. The service territory grew to include the Bonavista Peninsula and Clarenville areas. 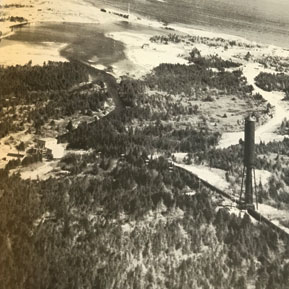 In August 1930, work began on the development of the Pierre’s Brook Hydroelectric Plant. The project employed 250 people and was driven by the need to bring power to the Bell Island Mines. 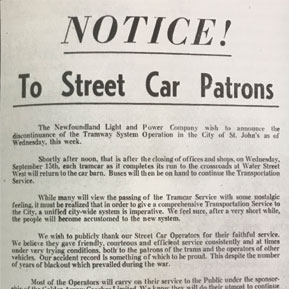 Changing technology took a toll on the street cars, and it was decided to terminate this service and to pave Water Street. Newfoundland Light and Power Company Limited became strictly an electric utility in 1948. Stock was first issued to the public in 1949, the same year Newfoundland became the 10th province in Canada. 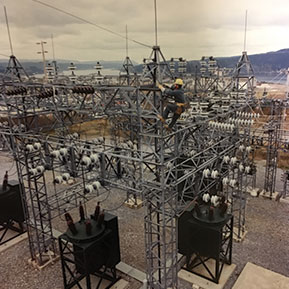 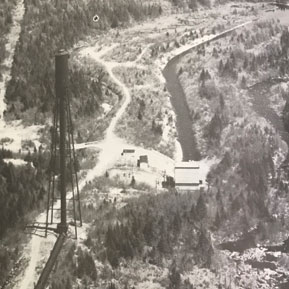 During the 1950's, Newfoundland Light and Power Company Limited expanded its generating capacity on the Avalon's Southern Shore to keep ahead of the growth in demand. Cape Broyle Hydroelectric Plant and Horse Chops Hydroelectric Plant were built during this time. 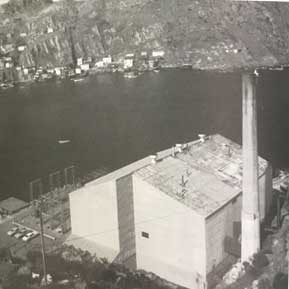 To meet demand in the St. John’s area, the company decided to build a steam plant on the south side of St. John's harbour that was completed in 1956. In the same year, the distribution systems in Grand Falls, Windsor, Bishops Falls and Botwood was obtained from the Anglo Newfoundland Development Company. 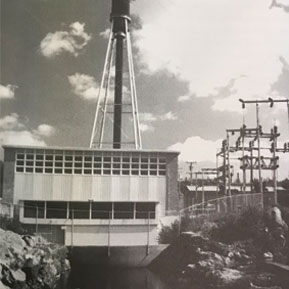 The Rattling Brook Hydroelectric Plant was built in 1958. Also in this year, Lewisporte, Gander and Badger distribution systems were obtained from the Canadian Department of Transport and responsibility for the distribution system in Baie Verte was taken over at the request of government. 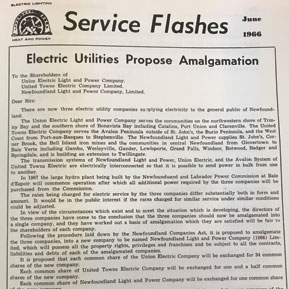 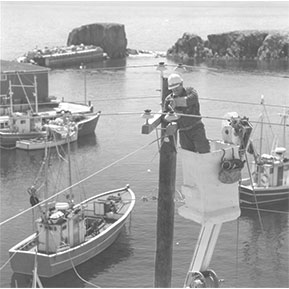 Continued to upgrade existing assets as well as develop new hydroelectric generating plants in response to growing demand for electricity, increased use of electric heating and the construction of all-electric homes. 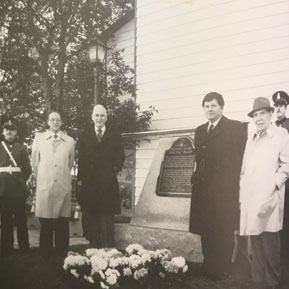 In October of 1985, Newfoundland Light & Power Co. Limited celebrated 100 years of service. One of the centennial celebrations was the unveiling of a plaque in Light & Power Park at Rawlins Cross, commemorating the site of the first public use of electricity in Newfoundland. 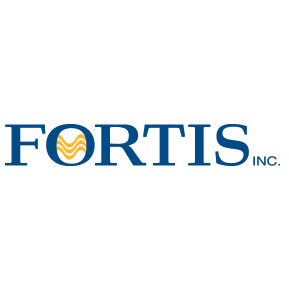 We provide safe, reliable electricity to over 268,000 customers, representing about 87% of all customers in Newfoundland and Labrador. We employ over 600 skilled employees from St. John's to Port aux Basques. 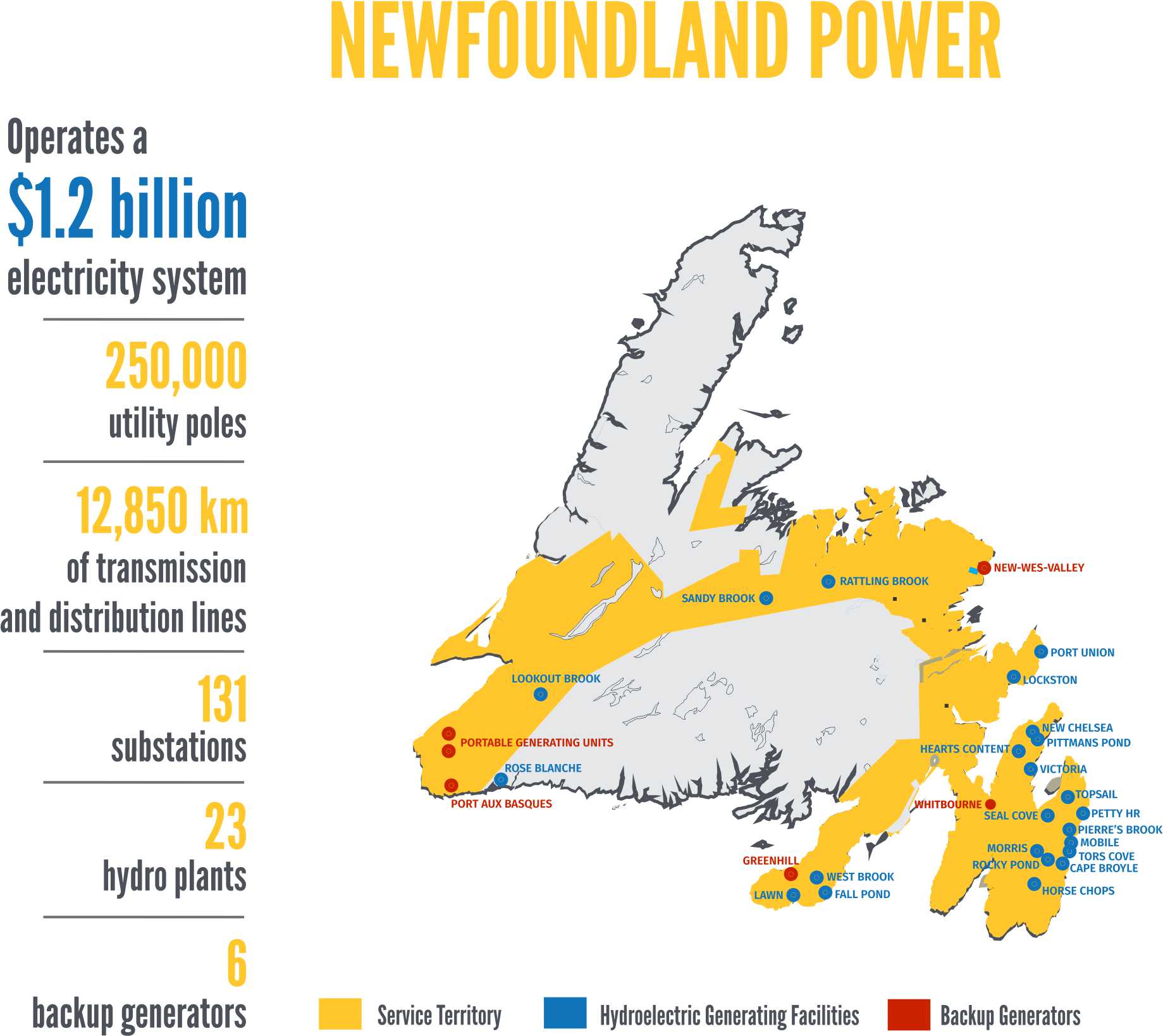 Learn how to save money and energy with takeCHARGE rebates and programs.